Paid for Next Day Delivery on Tuesday 1st September for Wednesday 2nd September, it's now mid-afternoon on Thursday 3rd September and yep, no sign of the bloody thing.

I don't have a tracking number because the scanner was being despatched from one of their suppliers. Yes folks, that's Laptops Direct for you - so, twice in the space of a week I'm let down by two very crap companies.

I took a look at TripAdvisor, the review site and oh dear, oh dear, Laptops Direct do not have a very solid fan base. I have a feeling that all the really good reviews were probably written by them. Yet you would think with my experience of on-line purchasing that I would have checked before using any on-line company, but no. I will blame my current mental health state.

As the title of this bloggy post thing suggests, I have to move forward (please note I really hate the buzzword thing, so apologies for saying "moving forward"). Perhaps I should say, I've decided to leave that behind me and plough on ahead.

So, as the title of this bloggy post thing suggests, I've decided to leave that behind me and plough on ahead. The scanner on my Canon MX495 all-in-one is very good, so today I've been getting to grips with it's various functions, not least the "Scan and Stitch" facility. Not only is this very handy, it's pretty cool - two scans that you stitch together which makes life that much easier when you're dealing with the longer style of birth and marriage certificates (see the photo below). Yes, it's a little more effort, but definitely worth it and once I've got the hang of it, like anything else, it'll be pretty quick. 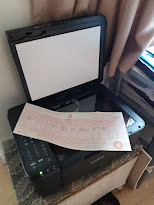 As you will see from the two photos below, I have to scan from each end of the certificate separately: 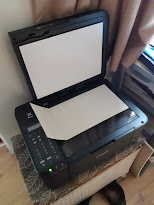 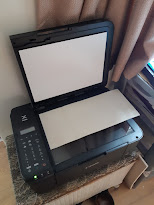 So once you've done your two scans into the computer, you use the scanner software to "stitch" the two images together, crop the "stitched" images to create the proper aspect and then save as a .pdf file. And the photo below is my first attempt, which, even though I say it myself, isn't too horrendous and didn't take too long:

Alongside sorting out the Canon all-in-one, I've been going through my mothers certificate folder, it's quite a treasure trove of letters, certificates (of course), memorial cards and a whole host of other bits that'll soon be on this blog. I found a series of memorial cards and letters from local authorities that gave very detailed information of grave plots for members of my maternal grandfathers' family in London. I went on to Google (as you do) and sourced section maps for 3 of the 4 cemeteries where family members lay. The fourth is the one I already have from Kensal Green Cemetery. I've been contemplating a "field trip" before I have to return to work, so after checking the weather for tomorrow (Friday 4th September 2020), I've decided that I'm going to head off to London first thing in the morning and go in search of the graves. 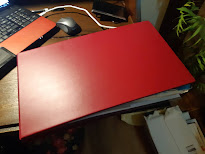 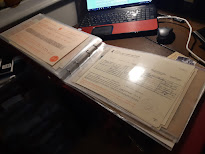 The cemeteries I will be visiting are:
1. Camberwell Old Cemetery: herein lies Emily Ellen Cull and I'm hoping one or two others as I think she is in a family grave.
2. Streatham Cemetery: here I shall be searching for the grave of Edward Cull, and I already know that this is a family grave, so I am expecting to see one or two other names on the headstone.
3. Kensal Green Cemetery: this is where my great-grandmother, Ethel Fellowes and two of her daughters, Queenie Midwinter and Alice Holmes, are resting.
4. Willesden New Cemetery: here I will be looking for Frederick Soanes and Mary Soanes. Again, I'm hoping that Mary's grave will be a family plot with other names. Fredericks grave should be easy to recognise as I have a old photograph of it which I scanned and printed off earlier today. 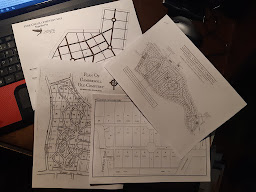 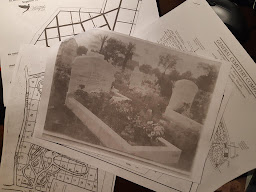