"The Splendour Cascade" Update No. 1

Finally found some time for myself, and as such, I've started the serious ground work for this new album. The chosen tracks that are viable for the project have now been digitised from the original cassette tapes, recorded into Reaper 5 from the Fostex X-15 multi-track tape recorder and I'm in the process of re-learning how to play them as well as transcribing lyrics.

In addition to this, save folders have been set up on the GTK2 Studio computer and various instrument tracks have been created for things like drums and bass guitars.

"The Splendour Cascade" is going to have quite a few songs, as well as instrumentals, so I'm of the mind that a certain continuity should prevail throughout. Where possible/appropriate/applicable, I'm creating a sort of "virtual band", comprising of the basic essentials of drums, bass, guitar, piano, vocals, orchestral stuff and on some tracks, a brass section (yes, a brass section). To that end, I've set up a "band template" within my DAW of choice, Reaper 5, to reflect that train of thought

With regards to drums, once I made the decision that I was going to approach "The Splendour Cascade" as if I was recording a band, I set about choosing a drum kit to use within Toontrack's terrific EZDrummer 2 that I felt would be good for the project and reflect the sound I was after. And the kit of choice is to be the "Rock Solid" expansion, it's bold, brassy and packs the right kind of punch for the backing band this album needs.

Bass and guitar are yet to be decided as the choices are very wide and I need to see what fits the workflow, but the piano software of choice will be, without any hesitation, Arturia's Piano V 2 - it's hugely flexible, highly responsive and sounds amazing.

Earlier today, I was working on the brass section (yes, a brass section) and was really torn between the numerous brass options that are available in Native Instruments Komplete 11 Ultimate, the Roland Cloud Orchestra SRX and the Roland Cloud JV-1080 - at this moment in time, I'm favouring the JV-1080, but I'm going to need to set up a few songs first and see how each sounds.

It's now quite late on a Saturday night and considerable head way has been made on the first track, being the title piece, "The Splendour Cascade". I am really so very very pleased with how it is already sounding, and it's hugely encouraging because the piece sounds so much bigger, brighter and tighter than the original recording. It's nowhere near finished, but it is most certainly a truly wonderful start.

Musically speaking, now that "Loom of Light" has been released, I can focus on two projects that have been on the back-burner for a few months.

The first is a collaboration, of which I'm not really going to go into detail at this stage, but suffice to say it might prove to be quite interesting.

The second project is my next album under my own name, and it has the working title of "The Splendour Cascade".

"The Splendour Cascade" will be made up of songs and pieces of music I wrote in the mid-late 1980's, during what was a very interesting, but inspirational time in my life - more of that another time as it will provide something of a backdrop story to the album. I started work on this project quite a few years ago and some of the material collected at that time found their way onto other releases of mine under the Geigertek moniker - for reference, the "Endless Night" E.P. released through AD Music in 2010.

This album is gong to take some time to do as there are quite a few tracks and I have a day job, so I really don't anticipate anything seeing the light of day until at least this time next year. But, now that my little GTK2 Studio is now fully up and running, the making of "The Splendour Cascade" will, from a production point of view, probably be the easiest of my albums to do thus far.

One of the first things I have had to do with "The Splendour Cascade" has been to collate the original recordings I did between 1986 and 1989, that were done on a Fostex X-15 multi-track cassette tape recorder. Not so long back, I sourced myself another X-15 from evilBay as my old one went to the way of the "sold it when I got married" scenario. Listening to these old recordings brought back a lot of memories of a time that was something of a turning point in my life, I was also cringing at the awfulness of the recordings and my singing was quite dreadful!!! Thankfully, the utterly brilliant Ozone 8 mastering plugin from iZotope Inc. proved very useful in sorting out many of the out of control frequencies that littered the tracks. Might be fun to include some of these old recordings as bonus tracks when the album is eventually released. We'll see.

And of course, I now need to learn how to play everything all over again, thirty-odd years on!!! Love a challenge.

As well as the nostalgia element of listening through the cassette tapes, I was surprised by the amount of stuff I had done that I had completely forgotten about, and I have to tell you that there is at least one piece of music that has really captured my imagination and I am looking forward very much to doing it with everything that I have at my disposal now.

And so it's out there, making it's own way in the world.

Sales have been interestingly more than expected as this little album is a little left-field in places, but hey, no complaints. And no complaints from the people who have both bought and listened to it via the Bandcamp streaming service.

So, here is the link to it:

And here's the album cover again 😀 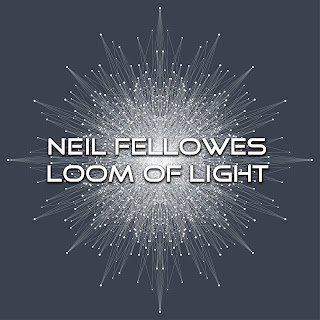